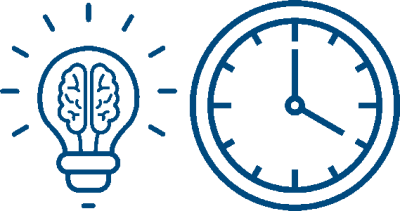 My wife and I are training for the Chicago Marathon. My wife has run more than 25 marathons and is fast enough to qualify for Boston- once in 2009 and again last year. She and I have run the Chicago marathon the last three years. I’m quite proud of having completed the marathon three years in a row (26.2 miles is no joke!) but I’m not really in the same league as her.

Man, I was suffering for my sins this morning. I had cheated myself of sleep this week and the long distance running Gods noticed (they always do) and punished me. As I was struggling through the run (even at 8 AM it was 80F degrees and humid) I found myself itemizing reasons for my exhaustion: time spent talking to real estate agents, lawyers, and mortgage brokers (we’re moving homes soon); time spent shuttling our dog to doggie day care (so appraisers, inspectors, etc could visit our home); time spent on the train commuting to and from the city (a reason to move); time spent working on professional development, personal programming projects, reading, writing, and blogging. All contributing to sleep deprivation.

And then it hit me. There’s a deeper issue at play here that can’t be explained by an itemized list of time-sappers.

Running benefits from militaristic time management. That is, highly regimented allotments of time designated for the activity.

When contemplating the fierce resistance to the imposition of time (1) inherent in creative endeavors, I thought of Jim Morrison’s lyrics in The Doors’ End of the Night.

I always interpreted this as Morrison observing (with envy? with contempt?) how easily some people find their delights, and how others wander the night, ever searching.

More crudely, Nikolai Gogol hints at this in a passage from Dead Souls.

“He felt very tired after his journey. Ordering a very light supper, consisting only of sucking pig, he undressed immediately after it, and getting under the bedclothes fell fast asleep, fell into a sound sleep, into that wonderful sleep which only happy mortals enjoy who know nothing of hemorrhoids, or fleas, or strongly developed intellectual faculties.”

My attitude when running is, “I will conquer the world. I will bend it to my will.” Or at least that should be my attitude because it’s the optimal strategy: Plan when to wake up, when to eat, when to head out, where to run, at what pace, for what duration… Just Do It.

My attitude when programming or writing is, “I will let the world wash over me.” At least that is my approach. When ideas begin appearing in my head rapidly, if incoherently, the optimal response in my experience is to adopt a submissive attitude. I don’t interfere by resisting with complaints about how it’s late, now is not a good time, this isn’t on the schedule. I don’t inject pre-conceived notions or “received wisdom” to poison the inchoate ideas; I don’t shut off creative energy with a militaristic “lights out at 10 PM” attitude. I just listen to what my imagination tells me. I play with ideas in my head, and when they begin to take shape, begin to suggest avenues of exploration, I start coding or writing. My objective is to articulate what I “saw” clearly enough that I can return to it after the moment of inspiration has passed, read my code or notes, and understand what I was postulating or hypothesizing; what needs to be stated more concisely and clearly; what needs more investigation, etc.

I am not a Bohemian. I’m a programmer with a wife and a dog, living in the suburbs, with a steady job. But when these fleeting moments of inspiration appear, I do understand why Bohemians (writers, musicians, filmmakers, artists, scientists, etc) are not wedded to the clock. A regimented attitude toward time management is actively harmful to the creative process. It interferes with it. It’s folly to claim one can schedule the creative process: Conceive of an idea on Monday at 8 PM; write a clear explanation of its theory Tuesday evening; perform associated Gedankenexperimente Wednesday night and get to bed by 10 PM because there’s that thing early the next morning; write down interesting conclusions gleaned from Wednesday’s thought experiments on Thursday; then publicize and promote the idea in various channels Friday and still make it to dinner with friends by 7 PM. Madness!

Sometimes it’s better to suffer through regimented activities in the aftermath of a visitation by The Muses, rather than stifle creative output.

Before you think it awfully pretentious of me, a programmer, to make this comparison to people deeply invested in the Bohemian lifestyle (at much greater personal cost regarding income, steadiness of employment, quality of life, etc), consider the following description of programming. I read it on Henrik Warne’s blog. It’s attributed to Fred Brooks, computer science professor and well known scribe of man’s shortcomings in complex software endeavors (The Mythical Man Month). Mr. Brooks describes why he enjoys programming so much:

“The delight of working in such a tractable medium. The programmer, like the poet, works only slightly removed from pure thought-stuff. He builds his castles in the air, from air, creating by exertion of imagination.” He adds, “Yet the program construct, unlike the poet’s words, is real in the sense that it moves and works, producing visible outputs separate from the construct itself.”

(1) More accurately, resistance to human constructs known as “the clock” and “social custom.”