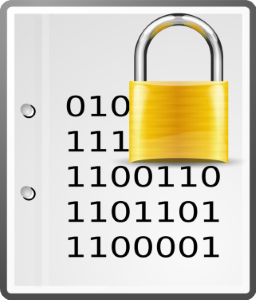 Back in February, I decided it was time to demystify the black box of secure Internet communications. I have been a professional programmer too long to continue carrying a hazy understanding of how web browsers and servers communicate securely. I wanted to remove HTTPS / SSL / TLS from the realm of magic and place it in the realm of the known and understood– a computer algorithm implemented in C# code. So I researched the topic, learned the underlying mathematics, wrote code to prove the theory actually works in practice, then wrote three blog posts explaining what I had learned, including sharing my code.

My earlier blog posts examine how to create a secure communication channel between a client application and server, such as a web browser and web server. In this blog post, I’ll examine how to encrypt and decrypt files on a local computer. I’ll do this by writing a console application complete with command-line arguments to select various security mechanisms. I’ll include arguments for:

The ParseCommandLine method returns an EncryptedFileHeader class. We’ll use this class later when writing encryption arguments to an unencrypted header at the beginning of the encrypted file.

Notice the EncryptedFileHeader class does not contain a Password or Key property. The absence of these properties is critical. Neither the user’s password nor the key derived from the password are written into the unencrypted header of the encrypted file. Otherwise, a malicious party could open the encrypted file in a hex editor (or simply Notepad++), view the first few bytes, and try interpreting them using common deserialization libraries (.NET Binary Serializer, Json.NET, etc) until they found a password or key.

Instead, the program writes enough detail into the unencrypted file header so it may, at a later time when the user provides their password, recreate the encryption key and decrypt the file.

Let’s write a factory class that instantiates various cipher algorithms written by Microsoft, all of which inherit from the SymmetricAlgorithm abstract class.

Similarly, let’s write a factory class that instantiates various key derivation algorithms written by Microsoft, all of which inherit from the DeriveBytes abstract class.

Now let’s write a method that encrypts a file.

Notice how the code leverages the polymorphism capabilities of C# to assign one of two classes (PasswordDeriveBytes or Rfc2898DeriveBytes) to a variable of type DeriveBytes.

The above code writes encryption settings to an unencrypted header at the beginning of the encrypted file. The header begins with 4 bytes representing an integer. This integer specifies the length of the header, x. The next x bytes, in positions 4 through x + 3, are the the UTF-8 encoded bytes of a JSON string representing the EncryptedFileHeader class. The remaining y bytes, in positions x + 4 through x + y + 3 are the encrypted contents of the y-length file (the encrypted length is identical to the plaintext length). For example, an encrypted file of length 102,400 bytes with a header of length 307 bytes is structured as follows.

Let’s write a method that decrypts a file by reversing the process. Read the EncryptedFileHeader from the unencrypted section at the beginning of the encrypted file. Then ask the user for the password. Then generate the encryption key from the password, salt, and key derivation algorithm. Then create a cipher from the key and initialization vector and decrypt the file stream.

Double-click the decrypted file and verify it looks identical to the original document. Run the program again, specifying the decrypt operation, however enter an incorrect password. Most likely the program fails with the following error message.

If somehow it succeeds, the file contents remain encrypted and unintelligible to the associated application (Adobe Acrobat in my example) or a hex editor. The decryption may have succeeded in transforming the file content bytes, but without the correct password it merely produces gibberish.

You may review the full source code in my Encryptor project in GitHub.