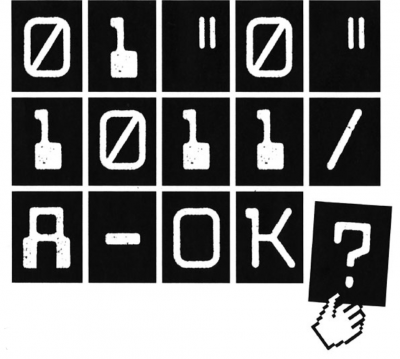 Below is an email I sent to my father almost ten years ago to the day. I found it in my OneNote notebook (where I keep many emails and other missives) and thought it was on-topic for this programming blog. I wrote the email in response to an Op-Ed written by Michael Osinski, published in the New York Times under the headline, Steal This Code. My Dad thought it was interesting and suggested I read it.

I think it’s outrageous what Goldman Sachs has done to our economy. The whole enterprise of inventing virtual buckets of money and opaque rules for moving real money into and out of them attracts scummy people. I don’t trust anything these people say because they’re in it only for the insider knowledge of how to turn virtual money into real money. They do not have the public good in mind.

However, I think the op-ed writer is using the public’s very negative perception of Goldman Sachs and Wall Street in general to justify a weak argument. He’s trying to make the reader think “If Goldman Sachs opposes what the programmer did then I must take the programmer’s side because Goldman Sachs is populated with scumbags.” The basic question here is whether an employee can take the software he has developed with his employer’s funding, resources, and industry knowledge and use it to assist a competitor. The question could revolve around research findings as well as software. The problem is not restricted to financial services firms. It’s a general question about how to protect intellectual property. As much as I sympathize with the programmer, I do realize that I could not accomplish what I’ve written without a paycheck. The quality and level of sophistication of the software I’ve written would be much worse without support from an employer who’s educated me about the electronics industry and global business in general, and paid me a livable wage. If the programmer feels the sophisticated trading algorithms he’s developed with the support of his company and his colleagues is his entirely to be shared with whomever he wishes- well, I think he’s being disingenuous about what it took to create the software. If this was his effort alone, why didn’t the programmer establish his own company specializing in financial software and sell his product to Goldman Sachs? The answer is obvious. He didn’t do that because it was easier and less financially risky for him to work on the inside (with a steady paycheck and benefits) and smuggle the code out rather than work on the outside (with uncertain revenues) and sell the code in.

Programmers will always take general programming techniques with them from job to job- and I think that is perfectly acceptable. But taking proprietary industry knowledge represented in the form of code is stealing.